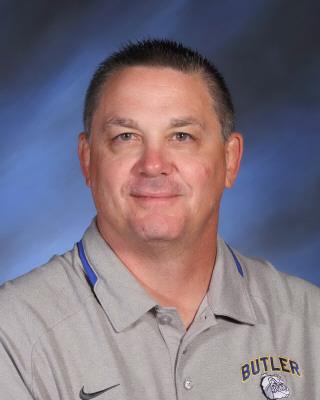 David Doty is a 1986 graduate of Boonton High School where he wrestled and played baseball.  His high school memories include winning the 148 lb. championship in the first ever Morris County Wrestling Tournament.  He continued his wrestling career at Princeton University where he received a degree in History in 1990.  He then earned a law degree from The Catholic University of America in Washington, D.C. in 1993.  After returning to New Jersey and working for a law firm for two years, he changed career paths and became a Social Studies teacher.   He taught for 8 years and also coached wrestling, track baseball and field hockey at a few different high schools in northern New Jersey including Boonton and Caldwell.  He then moved into the position of athletic director which he has been doing for the past 15 years.  He is currently in his 11th year as the athletic director at Butler High School.  He resides in Kinnelon with his daughter Jordan, and his son, Jack.